It has been incredible sharing these notes and pictures with the White Rabbit, Red Rabbit community. We're retiring the blog, but Nassim is still checking his inbox for messages from audience members around the world, so please get in touch!

You can follow White Rabbit, Red Rabbit on Facebook for updates, and to find out when it's playing near you. 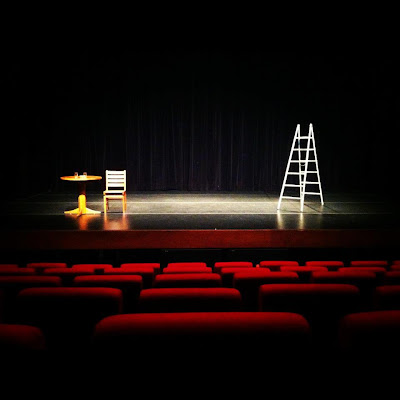 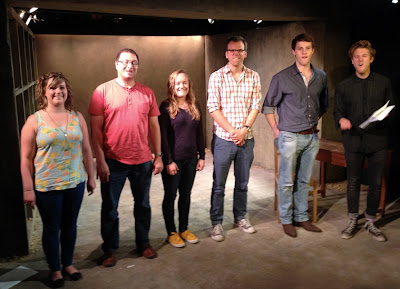 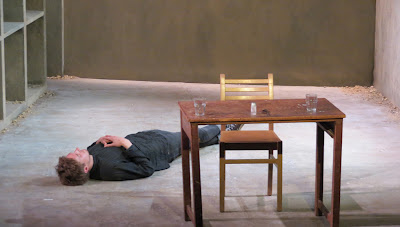 Take a look at the full gallery here.
Posted by Unknown at 11:36 2 comments:

VOICES: Notes from a Notetaker at Mercury Theatre (Colchester, England)

Matthew Linley shared his notes from a performance of White Rabbit, Red Rabbit on his blog:

Post script (scribbled in the foyer)
I resist the urge to drink on the way out and in so doing answer at least one question. I do as I'm told. I leave gobsmacked.

Reviewed by Michael Grey for The Public Reviews. Read the full review here.

"'I wrote something, and I hope you laughed!' Nassim/Tomos [the actor] comments. We did, and we felt a frisson, a tangible rapport with the writer back in Tehran. Isolated from his public, Nassim uses his fertile imagination as a political tool. The rabbits of the title are part of a fable, an allegory about his uncle and rabbits who, like Pavlov's dogs, learn behaviours which persist even when the stimulus is removed. This is a grim, black Aesop, where bears harrass rabbits and crows with walkie-talkies are hidden in the rafters. And after thirty seconds of fun our thoughts are directed toward suicide."
Posted by Unknown at 11:10 No comments:

Posted on The Flaneur. Read the full review here.

"Soleimanpour bravely rebels in the only way he can, through his words. It is an imaginative endeavour bringing the audience to him as he cannot come to us. He takes us out of our world for a mere hour and asks us to ponder what his life is like so many miles away."
Posted by Unknown at 11:05 11 comments: 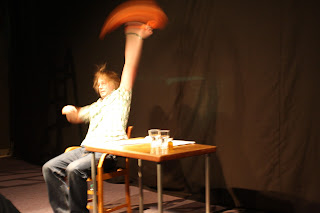 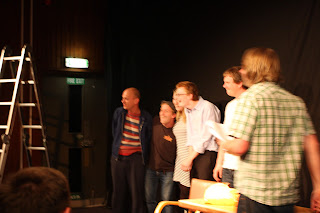 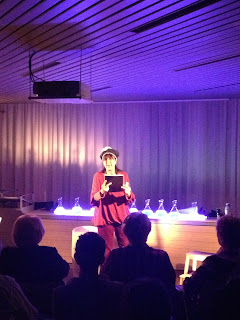 Originally produced and developed by:

Follow the conversation as audiences, actors and the writer experience... 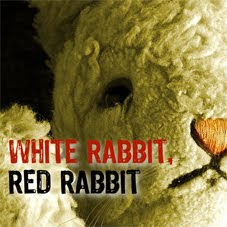 Photo: Hilde Vanstraelen
"Look at these beautiful e-mails I'm receiving. Look at this blog. An audience e-mailed me and asked me if this blog is a part of the play. He thought the interaction between me, my actors and the audience is still running in the net and it was planned beforehand in my play. I said: I don't know. This is not me who is writing this play, not anymore."

Share your experience: email Nassim at nassim.sn@gmail.com
Watch the trailer at http://www.youtube.com/watch?v=5edR3mBAtLU

"Toronto-based Volcano is one of those companies that every great theatre city needs - bold, experimental and bubbling with ideas." - The Toronto Star

For more on Volcano's art and activities, visit our website at www.volcano.ca